Idiyanale Network will enable experiments in the establishment of a practical, creative economy where the work of all contributors is encouraged and rewarded. This creative market economy shall emerge naturally and will be accommodated by Anagolay Network later on. It is important to note that the design mechanisms discussed here express the team’s current hypothesis and views on this topic. The purpose of Idiyanale as a Pioneer network of Anagolay is to test, validate and improve on these mechanisms. The full potential of the Idiyanale and Anagolay token economy is subject to change based on ongoing research.

The IDI token is required to perform certain actions within the Idiyanale Network. The issuance of the initial tranches of IDI tokens is done by Kelp Digital OU. From the moment of the mainnet launch, the network incentivization mechanisms and token functionality will facilitate IDI distribution to the community groups, with them gradually taking over the network governance.

The overall functionality of IDI tokens can be broken down into the following:

Users of the Anagolay Protocol will be able to use IDI tokens (as well as AGY tokens later on) as payment for usage of the network functionality either directly or via Dapps. Paying Storage fees for the issued statements, acquiring licenses for others' content, and tipping other creators to support their work in general or one particular cause are just a few examples the team is already working on today. More examples of payment utility will be developed with the development of ecosystems and the emergence of new Dapps and integrations.

IDI is an incentive, means of regulation and transactions for various actors on the Anagolay Network: from the fees for the on-chain storage of Operations and Workflows to Network governance mechanisms.

Idiyanale is set out as a delegated proof-of-stake based blockchain network. This means that the validators would need to stake IDI tokens to be able to take part in the validation process. This requirement for staking would further increase the demand for IDI tokens.

At the TGE there will be 1B pre-minted IDI Tokens. All of these tokens, regardless of being unvested, vested or locked, can be used (not spent, but counted as a voting power) in some governance and voting processes.

At genesis, the $IDI token will be allocated as follows:

There will be 2 private rounds and a pre-sale event for the community pioneers, before IDI will become available to the general public. 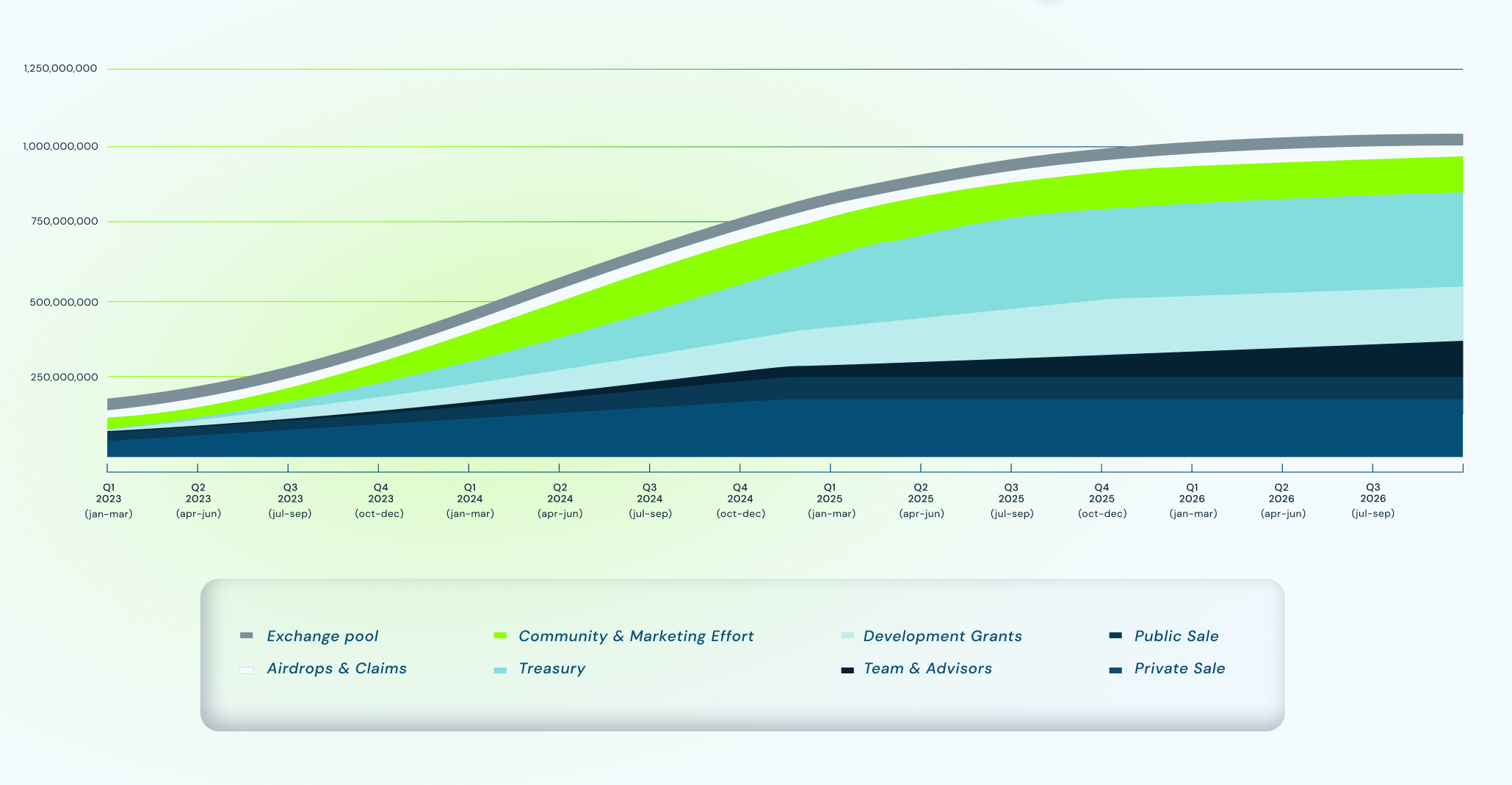 On the Network Succession Principle​

In Anagolay Framework Idiyanale is the 1st of the two main chains delivered consecutively under the succession principle.

The succession principle implies that once the core features of the Framework are well-tested and approved by the community Anagolay Network will inherit the role of the main net from Idiyanale, receiving all the relevant data & value as a kick-start capital, recorded in its genesis block, including:

IDI Token Holders will be entitled to receive a number of AGY tokens, respective to their IDI share. The % of IDI tokens holders included in the Anagolay genesis block.

IDI stakers potentially can directly become nominated validators on Anagolay Network while keeping their role and stake on Idiyanale.

After the Anagolay launch, Idiyanale will either become a testnet for the upcoming features on Anagolay, or take a different path voted by the community.

There are several reasons to introduce fees on transactions performed on the chain, namely to recover operational costs, discourage harmful behaviors, and handle eventual peaks of activity and long inclusion times.

The final fee for a transaction is a function of its length (size in bytes), a linear combination of the following parameters:

Due to the irregular nature of the demand for transactions on the blockchain, a fee adjustment mechanism is in place: by the law of supply and demand, raising the fee should decrease the demand and vice-versa. The variation takes into consideration the long period and doesn’t discourage temporary spikes of activity.

The collected fees are partitioned as follows: block producers receive the entirety of the tip so that there is the possibility to prioritize the inclusion of the transaction in the block even in adverse network conditions. Along with the tip, they receive 20% of the computed fee.