Rule is the definition of the process which must return the data that are used to create proofs or statements.

Rules are application agnostic, meaning they can be executed in any environment where Operation has its implementation. This allows developers to include any Rule in their applications to generate some outputs. Additional benefit of the Rule is that multiple developers can execute the same Rule and given the same input data they all must come to the same outputs. This approach allows us to verify the validity of the data independently from the applications or blockchain solution.

Rule Definition is JSON like structured piece of information. It describes the Rule, its dependencies for proof generation and opeartion for saving the data.

When defining the rule we must follow certain guidelines which are necessary for creating the proof params.

There will be a time when a rule must be invalidated and replaced. The way how we accomplish that is through a parentId field.

When we derive new rule from another rule, version field must be incremented by 1.

A rule can be derived only from the rules which share the same groups. For example, we cannot create a new rule with the group containing Photo from the a rule that has the Lens type. The two are not compatible as they work with different sets of data.

Rules exec might actually need proper template for executions. Not ALL rules will need this, the generic ones like ones with no user interaction and where all input params are known can be executed in a generic way with dynamic imports

Rule Execution is the process of accepting the incoming data and passing it to the LEAF operation then executing them sequentially in order child->parent until we reach the first level where the opeartions are defined. This will result in the output values that we call proof params which are used to verify the incoming data and to create PoE or Statements and save them to the chain using the saving operation.

Due to the nature how Operation Groups work, the execution is not straightforward and requires few additional steps. We need to create a execution plan that will understand which operations can be executed without user interaction and when to stop execution and wait for user input. The operation that halts the flow we call Flow breaking operation. When creating the plan we need to create certain rules on how the operations behave and how they pass the data.

Execution flow is split into the segments. Each segment is a group of operations that are executed independently of the rest of the flow. The goal of the Segment is to create groups of operations that can be chained to create single value which is then passed to other functions for verification.

At the beginning of each segment we pass the value to the first function.

First input value for each segment must be know to the implementation.

Before we can execute the Rule we need to build a execution plan.

First we need to traverse the tree and find the leaf opeartion ( deepest child in the tree ) then start creating segments which, once done, form a execution plan. 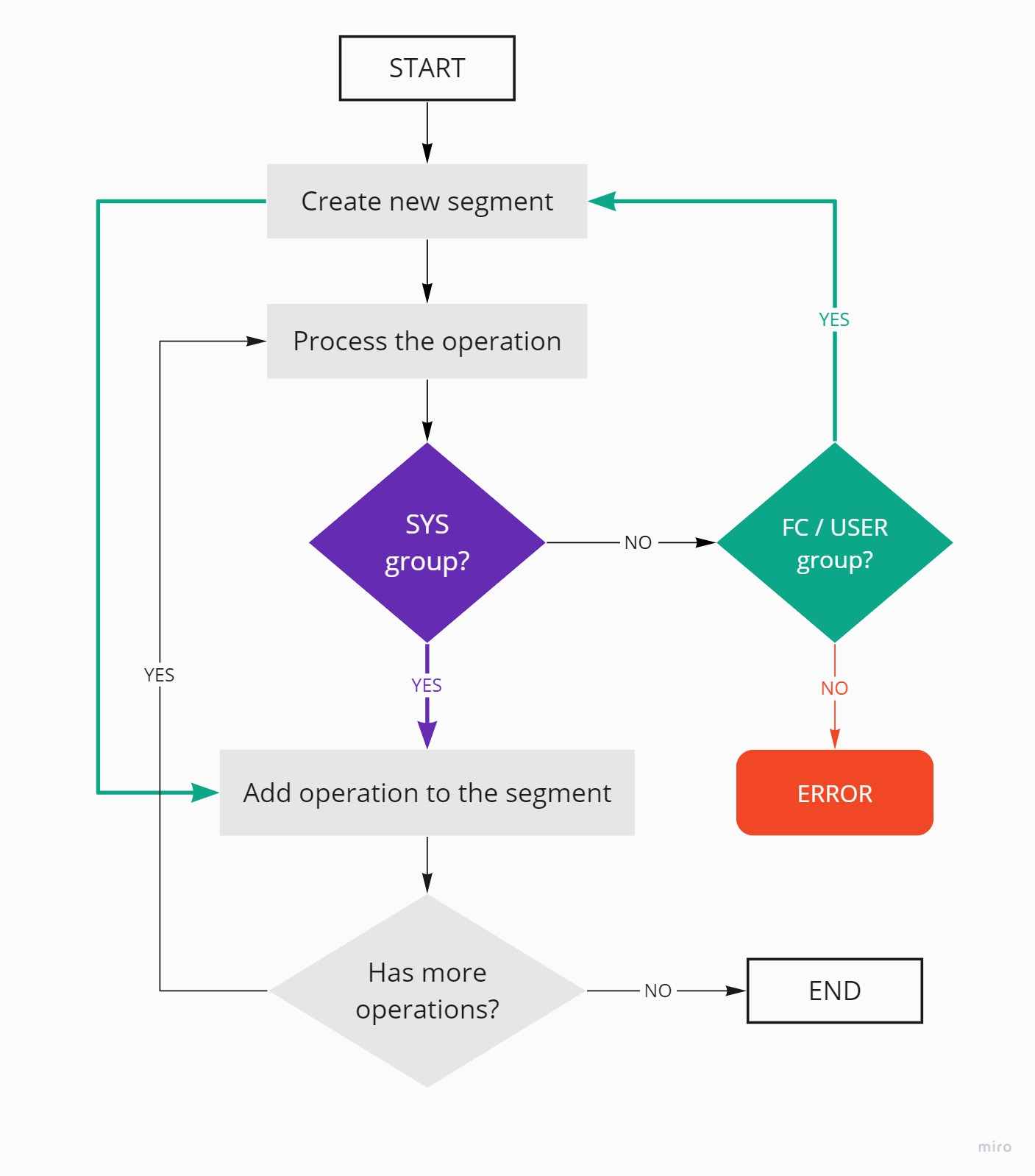 Behind the scenes how rule is executed: